Standing in the hardware aisle of your favorite home improvement store a seemingly simple decision can be a difficult one to answer. Screws or nails? It’s a question people have been asking for some time. Now, we’re here to provide you with insider tips that the pros use to decide which one they opt for during a deck project.

Cost will vary depending on where you live and where you shop, but in general nails tend to be a little less expensive than screws.

Screws have a much higher tensile strength compared to nails.

Ease of Use: Winner - Tie

Normal screws can be brittle, partly due to their threaded design and because they are made of more rigid metals. Standard stainless steel screws are very brittle. They will snap easily, unlike nails, which will bend but are hard to actually break in half.

For a deck build it’s best to use a combination of nails and screws. In fact, if you look at many project specs and building regulations for decks you’ll find that for some parts nails are called for while in other areas of the build nails or screws can be used.

Screws are superior for laying down the decking. They hold things flush better and have a better fastener/tensile strength, which keeps boards from popping up over time. However, unless you use more expensive structural screws you need to use nails for structural elements and joists. In addition, structural screws are a newer type of fastener so they may not meet the building codes on record, which could lead to a deck build not passing an inspection.

If you are using a hardwood, like Ipe decking, then screws are a must, but you must always pre-drill first.

For temporary holds having screws handy is a big plus, because as mentioned above they can be easily removed without the risk of damaging the wood.

There you have it. Now you know that the sturdiest decks are built with a variety of hardware rather than just one or the either. It’s also important to know that there are different types of nails and screws that are best suited for specific purposes. Do your research to figure out which screws will be best for your decking and which nails will be best for the structural parts of the deck. 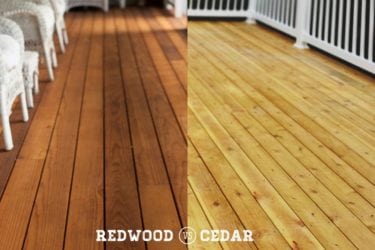 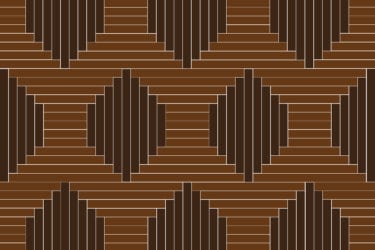